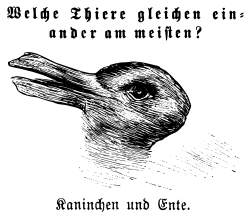 Human beings have a secret power. It’s called consciousness. A salient feature of consciousness is the capacity to live in the present, past and future all at the same time and to hold as simultaneously true contradictory thoughts. The couple that received the bad news about a fatal foetal condition, trisomy, decided to abort. Later there was an autopsy and OMG the test was wrong. A perfectly healthy baby, much desired, was gone. As Elizabeth Harman might hold: at one point the entity was not a moral unit or one we owe a duty of care to and then later it is: retrospectively so to speak.

Interestingly the Advaitins hold that sat being/truth is that which is uncontradicted in all three moments of time – the past, present and future. The notion that how we regard a subsistent reality changes its nature is a subversion of common sense that only philosophers are capable of. What was betrayed was the closest physical relationship, that between the mother and the unborn and also the future closest personal relationship between parents and child. The latter is courtesy of the power of consciousness. The P.N.C. (principle of non-contradiction) was also a casualty.

Oh well most bio-ethicists agree that abortion is licit. Like the hair product ad, they are worth it. What do the Buddhists think? If the foetus is a non-self/non-person then it’s o.k. but then ambulant persons are non-selfs/persons too. Hmmm.

The arguments for abortion are not getting better are they?

Posted by ombhurbhuva at 12:40