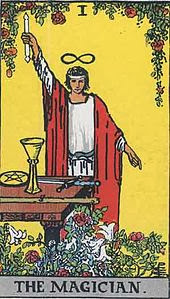 Opponent: The comparison with the reflection of the sun in water cannot be reasonably upheld her (in the case of the Self), since nothing like that is perceived (here). A material thing, such as water, is seen to be clearly separate from and remotely placed from the sun etc. which are themselves material entities (with forms). There it is proper that an image of the sun should be formed. But the Self is not such a material entity (having form); and since It is all-pervasive and non-different from all, It can have no limiting adjuncts either separate or remote from It. Hence this illustration is inapt.

The opponent has a point, analogies on the same plane can be fruitful but the analogue from nowhere, the no place beyond physics, what are you standing under when you stand under that? Your analogy is a rumour from a resounding void but it is a void that inspires poetry when it is listened to . The vedic sages called it sruti, what is heard. Such analogies from nowhere are a Prolegomena to an Archetectonic of Pure Silence and Philosophy is what you pass through on your way there. A partial defence of metaphysical illustrations is that they are a reflection of a reality and enough to allow a useful transcendental postulate to strike (plant cutting metaphor). “As above so below” (Hermetic maxim)

"What is here is there, what is not here is not anywhere" (Tantric saying)

Note that the Magician of the Waite tarot combines in himself what the two philosophers of the School of Athens indicate. 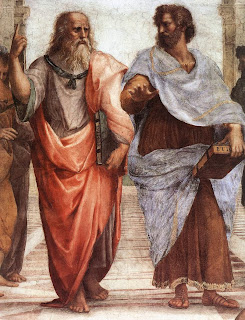 Posted by ombhurbhuva at 08:35

That's a very neat and succinct iconic trick you pulled there with Raphael and the Tarot. An analogy in itself. I may steal that one.

Skholiast: Thanks:
Illustrations as used in Vedanta have been an interest for a long time and particularly how they can distort that which they would make clear. When I look around outside this narrow focus I am surprised at the level of philosophical interest in the concepts of analogy and metaphor brought on by such as Hofstadter and Chalmers and others. A.I. or genuine artificial intelligence (Hofstadter) as a goal is a will o’ the wisp in my opinion but hyper smart people believe in it with a faith which defies empirical results. It seems obviously futile. ‘If we could only find out that magical moment when analogy kicks in and replicate it in silicon’.
﻿
To travel hopefully is a better thing than to arrive and the true success is to labour. Stevenson

Interesting (and rather dense, perhaps?)!

What exactly is the opponent saying? That the self cannot be analogized with anything else?

This is tangential, but something here reminded me of a phrase from a recent NYT article: http://opinionator.blogs.nytimes.com/2014/08/03/what-would-krishna-do-or-shiva-or-vishnu/?_php=true&_type=blogs&_r=0

"Reading a religious text, taking it to heart, appreciating it, is a transformative experience, and in the transformed state one might well become aware that the claims of the text would, were they taken literally, be false. So religious texts are seen in Hinduism as “Trojan texts” (like the Trojan horse, but breaking through mental walls in disguise). Such texts enter the mind of the reader and help constitute the self."

Perhaps the metaphors/analogies from the void are Trojan texts too?

Thanks for your comment.
I’ve only offered the opponent’s view in that post. The response that follows from Shankara in his commentary on the Brahma-Sutra-Bhasya is included in the following:
http://ombhurbhuva.blogspot.ie/2013/10/shankara-on-analogy-illustration.html

Analogies are often taken up wrongly, either through turning them into a global similarity i.e. like in every respect or like in a respect that is other than was meant. Generally the aspect that is meant to be focussed on has to be indicated. When the analogy is multi-valent it can deepen into metaphor. Further short note here:
http://ombhurbhuva.blogspot.ie/2013/11/losing-your-temper-with-analogy-and.html
Some more here as well:
http://ombhurbhuva.blogspot.ie/2013/11/guying-metaphor_23.html

Talking of the subversive analogy/metaphor a la Ganeri, one that struck me forcibly was the nature of the knowledge that we have been in a state of deep dreamless sleep. Going by the contents of consciousness model of awareness there ought to be no such awareness - no contents, no awareness. Neither is it a memory for it is surely epistemic bedrock that you can’t remember what you didn’t experience. Tripura Rahasya (ancient Vedanta Text) maintains that this demonstrates the always-on aspect of consciousness i.e. that it suffuses every state of the person. The analogy chosen is that of a mirror coated with tar reflecting the darkness. (Disputing the physics of that illustration, obviously light is required, is the mistake of going global with an anlogy) The mind as mirror is a favourite metaphor in Tantra/Vedanta.