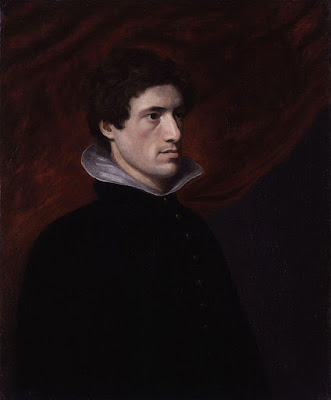 The fascination of what's difficult

Has dried the sap out of my veins, and rent

Out of my heart.

Straining after the just out of reach and depreciating what is near to hand, and what you can do well, is the disease of perfection. ‘The best is the enemy of the good’. Did Napoleon, the idol of William Hazlitt, really say that? My father often said it also. He never ascribed it. Hazlitt wanted to be a great painter, a British Titian no less. His portrait of Charles Lamb in a cloak but without regulation corybantes is a fine production that has fetched up in the National Portrait Gallery. If he had the money that would give him time to develop a clientele. It is clear that his talent was of a high order and he might have been successful like his brother John who was a noted miniaturist.

The other ambition which was never fulfilled was the production of a body of work in philosophy. At age 27 he published An Essay on the Principles of Human Action: Being an Argument in favour of the Natural Disinterestedness of the Human Mind. It was reviewed three times but otherwise did not find a readership. According to P.P. Howe biographer and editor of his work the gist of what he wrote is contained in his long essay Self-Love and Benevolence published in his Literary Remains (1836). I’m reading that at the moment. In general it is contra the extremes of empiricism found in Hartley, Helvetius and Locke. The other philosophical essay in ‘Remains’ is Belief, whether Voluntary. A late work I think containing the summary of his deep doubts about political commitment. Are our cherished visions of society merely the induced perturbations of the historical situation?

At last he had to resign himself to being one of the finest writers in the English language.

Posted by ombhurbhuva at 10:51